On a Monday morning in March, anaesthetist Dr Rob Hackett stood outside his children's inner Sydney school as a solitary protestor, asking parents to keep their children home if they could.

Flattening the curve of pandemic research

The wave of COVID research continues, much of it low-quality and hurriedly published. This is apparently the norm for academic publishing during a pandemic: fast, furious and haphazard.

However, two very significant reviews appeared in The Lancet this week that impact and inform anaesthetists and other critical care specialists.

Pulmonary complications (pneumonia, ARDS or unexpected post-op ventilation) were very common (51%) and were associated with an even higher mortality (38%; and 83% of all deaths). Mortality was unsurprisingly associated with older age ≥ 70 years, male sex, ASA ≥ 3, emergency surgery, major surgery, and malignancy.

But even among low-risk groups, post-operative mortality was shockingly high: 30-49 year olds (6%), women (18%), ASA 1-2 patients (12%), and even those without comorbidities (7%). Being asymptomatic at admission did not have a significant protective effect (22% vs 27% mortality).

Elective surgery still carried a 19% mortality rate, and even for minor surgery mortality was 16%! Anaesthesia modality (local, regional or GA) did not have a significant impact.

Click through to read the summary or full-text, though the obvious take-away is that non-essential surgery should be avoided as much as is possible in those with confirmed or suspected COVID.

This will have huge implications for recommencement of elective surgery in many pandemic-hit countries. (Cook & Harrop-Griffiths explore this very topic in an NHS-context in their recent editorial.)

Read on for physical distancing, face-mask and HCQ research...

Daniel Jolley wrote this on May 17th 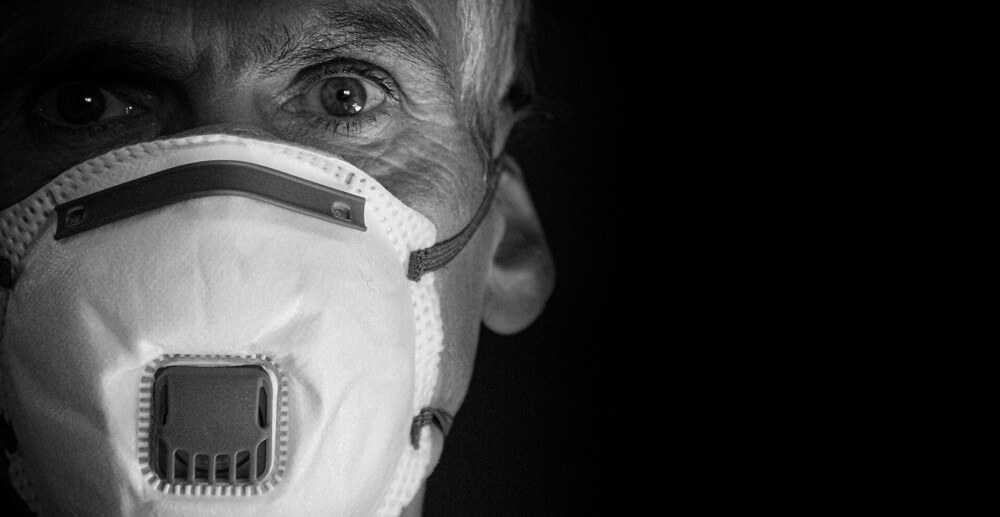 Amidst the medical anxiety surrounding COVID-19, no issue appears more emotive than the use and access to personal protective equipment (PPE).

Whether anaesthesia, intensive care or those poor bastards on the front-line in emergency departments and ambulances, adequate PPE has never been simultaneously so important across the entire planet. To outsiders the emotion and fear may seem excessive, but for healthcare workers fear is protective.

It was recently said that for anaesthesia this is our first modern "pilot goes down with the plane" safety issue. While we might be stretching that metaphor too far, it does help to frame our collective anxiety. It reveals both the shared hazard of a contagion, and also the foundation for the anxiety many feel.

Read more on PPE and COVID...

Daniel Jolley wrote this on May 5th

This shows the latest covid and pandemic articles as they are indexed, or click on the 'Best' tab to see the highest quality and most important articles – many of which have metajournal summaries.

If you want to stay up to date with the latest COVID-19 articles, make sure to follow the relevant coronavirus topics by clicking on the red topic tags at the top of the page. Relevant articles will then be included in your weekly metajournal email if you are a metajournal subscriber. 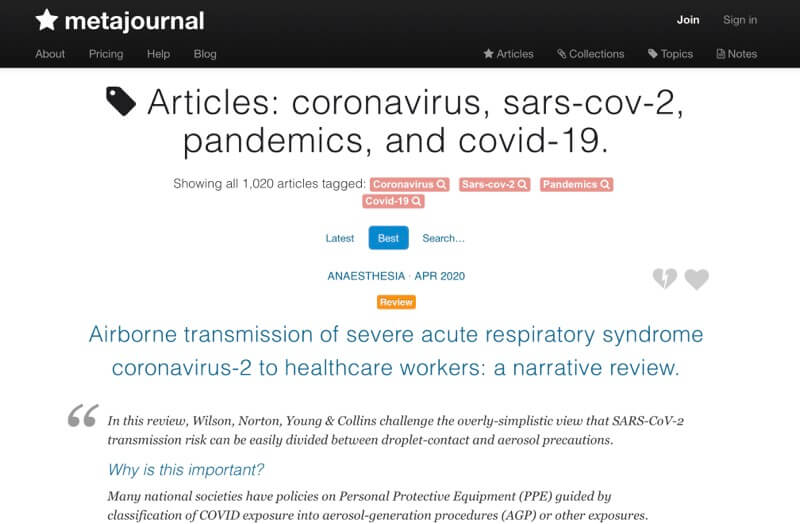 There are already over 1,000 peer-reviewed covid articles indexed.