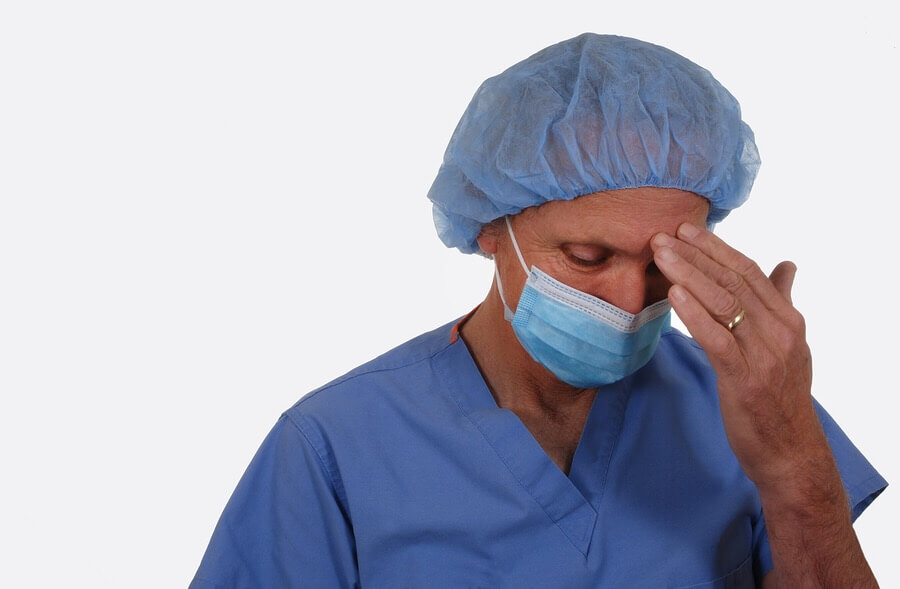 Dynamic decision making' describes the practice of anaesthesia more than any other single characteristic - and anaesthesia is characterised by dynamic decision making more than any other medical speciality. The typical surgical case requires the anaesthetist or anesthesiologist to make hundreds of decisions, modified to suit the evolving environment of the case. Each decision itself modifies the patient context, creating a multiverse of decision and outcome possibilities.

These decisions add up. Big and small, decision after decision over the day leads to a measurable fall in the quality of our decisions by the final case. Psychologists describe this as 'ego depletion', colloquially called 'decision fatigue'.1

Though not yet widely appreciated in medicine (though it is gaining traction on the medical front-line2), decision fatigue has been identified in many decision-focused professions. Decision fatigue has been identified in judges ruling on cases, with parole decisions made later in the day being of 'lesser quality' and having lower rates of parole than those at the start of the day (10% vs 70% for the first case of the day heard).3

"We find that the percentage of favorable rulings drops gradually from ~65% to nearly zero within each decision session and returns abruptly to ~65% after a break."

Most people have experienced decision fatigue when shopping: rows of impulse-and-sugar presented invitingly next to the supermarket checkout queue. Fatigued by a constant stream of decision making while shopping, we are more susceptible to the impulse buying of a treat. Dan Spears, a Princeton economist, studied this consumer decision fatigue in the poor.4 He used a model of selling soap in an Indian village, demonstrating that for the poor each financial transaction (ie. buying soap, even if at a cheap price) required a significant weighing of cost and benefit. This cognitive overhead accumulates, worsening the quality and rationality of subsequent decisions.

Augenblick and Nicholson showed that as voters considering candidates or propositions further down a lengthy ballot list there was an increased "...tendency of voters to abstain or rely on decision shortcuts, such as voting for the status quo or the first listed candidate." 5

It appears that we possess only a finite decision making capacity. Baumeister and colleagues first observed this in 1998, labelling it 'ego depletion', when subjects exerting self-control by abstaining from chocolate then quit earlier on subsequent puzzles.6

The nature of decision fatigue is not yet completely understood. Two characteristics appear to play a role:

Together these wreak a toll on our decision making performance, though the exact reason is unclear.

"No matter how rational and high-minded you try to be, you can‘t make decision after decision without paying a biological price. It‘s different from ordinary physical fatigue – you‘re not consciously aware of being tired – but you‘re low on mental energy."1

Consequences of decision fatigue fall into two groups: 1. making reckless, lower-quality decisions by relying on shortcuts or over-simplified rule-based heuristics; or 2. 'decision paralysis', abstaining from making any decision at all. Fischer showed that the consumption of limited 'self-control resources' required during decision making then lead to greater risk taking by the subjects.7

Decision fatigue can have a critical effect on anaesthetist performance, particularly in crisis situations when faced with a hundred small decisions over a few dynamic, rapidly-evolving minutes. The correct decisions may quickly resolve the crisis while flawed choices escalate or worsen the situation. The more complex and mentally demanding each decision is the greater the withdrawal from an anaesthetist's finite mental resources.

Complex anaesthesia techniques not only create more points of failure, but also place a greater decision burden on the anaesthetist. This is not to say that you should only practice simple anaesthetic techniques, but rather avoid unnecessary complexity when it adds little benefit for your patient.

2. Use and practice personal checklists and crisis algorithms

The rise of the medical checklist has been a useful addition to our practice, though in many instances the checklist ideology is driven by a bureaucratic need for auditability instead of quality improvement.

Checklists and crisis algorithms (eg. difficult airway and advanced life support algorithms) that have been optimised for your own practice simplify the decision making process during critical moments. The key is to have both an ownership of the algorithm (be invested in actually applying it) and to have repeatedly practiced or simulated the process before.

By having previously considered the scenario you both reduce the mental cost of making each decision (by reducing available options from infinite to manageable) as well as increasing the chance that the correct decision will be made.

In a crisis calling for help should be one of our first actions. Calling for help breaks decision paralysis and by providing an outsider's perspective on the problem improves decision quality. The caveat is that we can get too much of a good thing; too many helpers dilute responsibility and distract from critical priorities. The key is calling for the right help.

"...know yourself and you will win all battles" – Sun Tzu