The fourth and final horseman of the medical research apocalypse is the scourge of medical research fraud. Although certainly not a new problem, the scale and potential impact of research deceit is unlike anything faced previously. 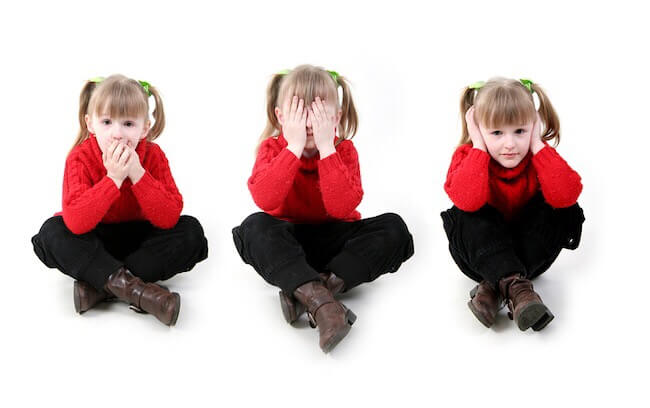 Academic fabrication, falsification, and plagiarism (FFP) make up the breadth of academic fraud – and sadly, anesthesia is the number one specialty by volume. In 2012 our eyes were opened to the sheer scale of the problem as the largest medical research fraud in history was exposed.

Trust, responsibility and the Fujii fraud

Medical research involves a lot of trust. The trust of patients and the public, the trust of publishers and the trust of the research-consuming clinician. Unfortunately we often overlook our responsibility to ensure that our trust is not misused.

And so began the very slow unravelling of the biggest academic fraud in the history of medicine. Despite a meaningless response from Fujii to that first challenging letter, there was no investigation or further questioning from the various anesthesia journals. In fact Anesthesia & Analgesia went on to publish another 11 articles by Fujii over the next decade.2,3

The story is interesting both because of the lengths that one man went to falsifying post-operative nausea and vomiting research (hardly the sexiest of anesthesia topics) and that we then overlooked the truth for almost two decades. The passive culpability of major anesthesia journals and the impressive statistical analysis by John Carlisle4 that ultimately brought down the Fujii fraud add further color to this story.

As the second decade of the 21st century draws to a close, the same statistical techniques, paired with a little data mining, provide a new defence against research fraud.

Other than a brief two years in Canada, Yoshitaka Fujii has spent most of his career in Japan split between the University of Tsukuba and the prestigious Toho University School of Medicine. His primary research focus was the management of post-operative nausea and vomiting (PONV), specifically 5HT3-antagonists – and in particular granisetron.

Fujii appears to have began his fraud in 1993 with the unexciting paper "Contractility of fatigued diaphragm is improved by dobutamine" published in the CJA.5 Over the next 19 years he published an incredible 249 papers, 172 of which have now been withdrawn from publication having been found to be either totally fabricated or including fictional data.

"It is as if someone sat at a desk and wrote a novel about a research idea..." – Japanese Society of Anaesthesiologists investigating committee.6

It is unclear what drove Fujii to deceive on such a grand scale. While the sheer number of papers give great weight to his deceit and its potential to shift medical management – his research areas were neither exciting or celebrated areas of our specialty. Nausea and vomiting; diaphragm contractility; neuromuscular block reversal; propofol injection pain; and attenuation of intubation responses – no single article could be argued to be practice changing. Few articles were widely cited.

Fujii received no awards or prizes for any of his studies, although he did unsuccessfully submit some for consideration. Neither does it appear he received any honoraria or other financial reward. Was reputational advantage alone enough to motivate him; winning the career security that comes with being a well-published associate professor at a prestigious hospital and research institute?

Joachim Boldt and a taste for starch

Anesthesia has the dubious honor now of holding not just the first place on the research-fraud leaderboard, but also second place with German anesthesiologist and researcher Joachim Boldt's impressive "up to 90" fraudalent articles.

Boldt was once considered a leader in colloid research, publishing extensively on hydroxyethyl starch use. An investigation into 91 of his publications showed study files missing or incomplete for the majority; and a lack of ethics approval, registration or even formal recording of subject consent in many.7 In ten of the studies false data was also identified.

In 2010, Dr Scott Reubin, former Professor of Anesthesiology at Tufts in Boston, was released after 6 months in prison for medical fraud. Dubbed by Scientific American a 'Medical Bernie Madoff' after publishing 21 fraudulent articles, what Reubin lost to Fujii in volume he made up for in clinical impact. His pain medicine research focused on COX-2 inhibitors Vioxx and Celebrex, and the analgesia benefits of Lyrica and Effexor, particularly after orthopedic surgery.

"We are talking about millions of patients worldwide, where postoperative pain management has been affected by the research findings of Dr. Reuben," says Steven Shafer, editor in chief of ... Anesthesia & Analgesia, which published 10 of Reuben's fraudulent papers. Paul White, another editor at the journal, estimates that Reuben's studies led to the sale of billions of dollars worth of ... Pfizer's Celebrex (celecoxib) and Merck's Vioxx (rofecoxib).8

Why anesthesia and research fraud?

Anesthesia now appears over-represented in research fraud – why? The controlled and measured environment of an operating room creates a lot of opportunity for clinical research. Much of this focuses on specific interventions within a context of standard patient care. The majority happen in the normal hospital environment. This ready access to large volumes of data usable by small research teams, combined with a lack of oversight that appears in a busy surgical setting, provides the means to commit fraud even on a grand scale.

Anesthetists and anesthesiologists tend to be more mobile than other specialists. In many countries it is common for anesthetists to work at multiple institutions, further muddying the waters of research accountability.

This provides means, but what about motivation? Institutional environments rewarding clinicians for publication for the sake of publication provide tempting incentives. When the motivator of medical research becomes decoupled from actually improving patient care, the purpose of investigating and answering clinical questions is quickly lost.

Bringing us back to responsibility

It is easy to blame anesthesia journals for failing to catch these research frauds earlier. But you and I are as much to blame as any overwhelmed journal editor for failing to keep the system accountable. Whether by passively supporting the endless publication of me-too research, or supporting institutional cultures that encourage a publish-or-perish mentality – we are equally culpable. We have a responsibility to question and challenge what is researched and where it is published.

Many readers of the articles of Fujii, Boldt and Reubin noted the lucky neatness of certain parts of their reported data. A tiny few penned a letter back to the journals. An even smaller fraction did anything further.

Hopefully the example that John Carlisle provides in his epic analysis revealing the Fujii fraud is sufficient inspiration for us all. In the same way that anesthesia has become a leader in risk management, patient safety and progressive training, it would go a long way to restore public trust if we now rose to become the leader in research integrity.

So, do you read critically?