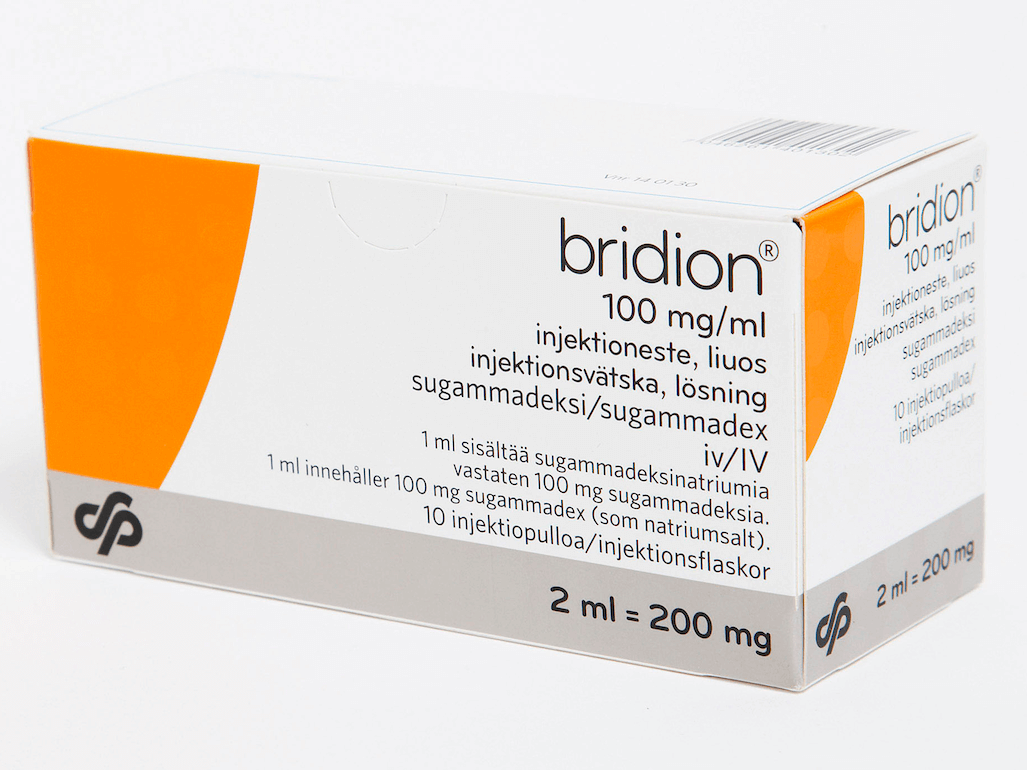 Sugammadex is a modified Ɣ-cyclodextrin and the first 'selective relaxant binding agent' (SRBA). The addition of eight carboxyl-thio-ether groups at the C6 positions extends the size of the lipophilic cavity, enabling encapsulation of the NMBD rocuronium bromide. The high binding affinity for the aminosteroid rocuronium effectively prevents biological interaction of rocuronium. 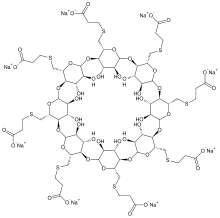 A Cochrane review by Abrishami et al.3 of 18 RCTs totalling 1,300 patients supported the superiority of sugammadex over neostigmine at all studied levels of blockade (see below in the sidebar). Importantly there were no more adverse events compared with neostigmine (< 1%) - though it is worth highlighting that these are still relatively small numbers and we cannot ascertain the true level of safety until a significant period of market surveillance passes.4 Reminding us that very little in life or medicine is risk-free, there have been at least three cases of hypersensitivity to sugammadex reported from Japan.5

Neville Gibbs and Peter Kam very nicely outlined the three current indications for use of sugammadex6 even at it's current high cost:

Since sugammadex's appearance in clinical practice, case reports covering examples of use from all three groups have been widely published. I would add a fourth indication:

Should sugammadex then replace neostigmine for all aminosteroid reversal?

Additionally, use of sugammadex leads to less increase of heart-rate than when using neostigmine-glycopyrrolate or edrophonium-atropine and almost total avoidance of the dry-mouth associated with the later (5% vs 85-95%).2

There is however a degree of breathless excitement among anaesthetists proposing undemonstrated benefits of sugammadex that may lead to ill-considered changes in our practice.

"If large doses of rocuronium can be given, the surgeons may be presented with better surgical conditions with a more intense neuromuscular block, and reversal can still be accomplished..." - Miller RD1

(The degree of muscle relaxation provided by our current titrated-use of modern NMBDs provides excellent surgical conditions - to suggest that a greater, more profound degree of relaxation will give an unspecified benefit to surgeon and patient stretches the likely benefits of sugammadex too far.)

"Will sugammadex‘s increased effectiveness, in comparison to neostigmine, lessen the need for or use of monitoring neuromuscular function?" - Miller RD1

Surprisingly, while approved for use in Europe, UK and Australia, sugammadex's application for approval was rejected by the FDA in 2008. At the time sugammadex was owned by Schering-Plough (now owned by Merck) having bought the original intellectual property owner Organon BioSciences for $14 billion in 2007 - thought to be driven by the opportunity to control sugammadex. The primary reason for the FDA rejection is concern over hypersensitivity reactions.

Dr Ronald Miller presented on the company's behalf at the FDA meeting, "It was extremely surprising and disappointing, and bordering on unbelievable ... It‘s really a very regrettable situation ... Time may prove the FDA to be correct, but I don't think so."

No doubt the FDA's experience with Rapacuronium, a past drug from Organon, gives them good reason for conservatism. Check the status of FDA sugammadex approval here: drugs.com/history/sugammadex.

It is one thing to identify the clear advantages of sugammadex over anti-cholinesterase inhibitors - but it is quite another to rush to change our practice before a clear outcome benefit has been shown. A study from White et al.10 highlighted the wide variability in time to return to a TOF ratio of 0.9 among patients after reversal with sugammadex. While 80% of patients reached TOFR 0.9 ≤ 5 min the wide variability included one patient for whom reversal took 22 minutes. Clearly it is not yet time to throw out our neuromuscular monitors.

There are three major reasons why sugammadex should not yet be our first reversal choice in most surgical cases:

The current open-market price for sugammadex is an order of magnitude greater than for anti-cholinesterase inhibitor / anti-cholinergic combinations. Until the cost of sugammadex falls it is difficult to justify its use as a standard reversal agent.

Several reports have attempted to identify the effects of giving anaesthetists unrestricted access to sugammadex as a reversal agent. These have been conducted in the setting of hospitals fortunate enough to negotiate (confidential) reduced pricing for the drug. Ledowski et al.[ledowski] demonstrated an increase of about AUS$85 per case (using the list price of sugammadex) for muscle relaxation and reversal costs. While this appears a small amount, as a colleague pointed-out, multiply by tens-of-thousands of cases and this quickly becomes a significant new drain on a hospital budget.

An economic study of the cost effectiveness of sugammadex11 suggested that it may be cost effective if there are significant time savings in the operating theatre but not if the savings are instead in the PACU. However even then it is unlikely that time savings achieved through faster reversal will translate directly into theatre savings given that there are many factors determining case turn-over.

The pharmacological advantages of sugammadex are undeniable. But outside the few edge cases discussed ('Can't Intubate Can't Ventilate' being the most prominent) no outcome benefit has been shown for most surgical cases. Over the past two decades the definition of residual neuromuscular blockade has progressively risen from a TOF ratio (T4/T1) of 0.7 to a TOF ratio of 0.9. Residual blockade even with intermediate agents rocuronium and atracurium is more common than most anaesthetists would like to admit.12 Though pharyngeal tone dysfunction has been demonstrated to occur at a TOFR < 0.9, possibly increasing the risk of aspiration, the clinical significance for most patients remains uncertain.13 14

Audit data suggesting modest shortening of hospital stay when sugammadex is used is intriguing, though far from definitive or consistent between studies.15 It is conceivable that a reduction in post-operative pulmonary complications due to a decrease in residual blockade incidence could have this benefit.

3. Sugammadex: Unintended consequences of a shift to rocuronium

Hospitals that provided unrestricted access to sugammadex saw a dramatic increase in the consumption of rocuronium if they were not already a predominate rocuronium consumer. The consequences of this shift to rocuronium have not been properly discussed.

In parts of Europe, notably France and Norway, rocuronium is a disproportionate cause of anaphylaxis. However in the US the incidence of anaphylaxis to rocuronium is quite low. The reason for this incongruity are best discussed elsewhere (see: Pholcodine: significance for anesthesia?) but may lead to an increase in perioperative anaphylaxis in regions where rocuronium sensitivity is more common. The situation in Australia is less clear; some unpublished reports claim that the incidence of rocuronium anaphylaxis is similar to that of suxamethonium, while older published-reports suggest that it instead merely tracks market share.

Sugammadex offers a unique and supremely effective reversal of aminosteroid muscle relaxation. It is a revolutionary and potentially life saving drug, but likely only for very specific anaesthetic scenarios. Only time will tell if its usefulness lives up to the hype for the majority of relaxant cases.

Next week, in part two I will discuss the merits of replacing suxamethonium with rocuronium/sugammadex for rapid sequence induction; and in part three explore evidence for and against using sugammadex to manage rocuronium anaphylaxis.