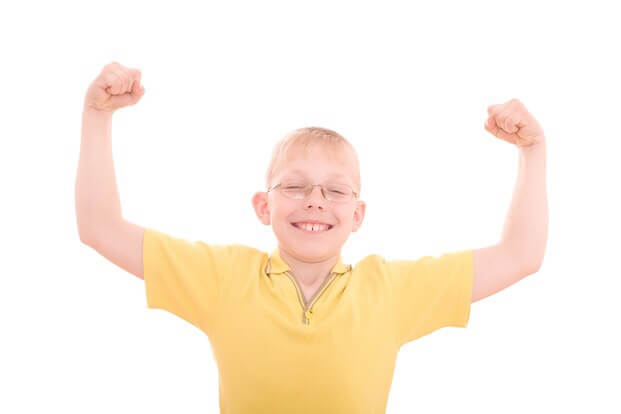 This article was inspired by Fink & Hollman's "Myths and facts in neuromuscular pharmacology".2 An up-to-date collection of articles related to post-op residual curarisation can be found here: Neuromuscular myths: the lies we tell ourselves.

The truth is quite different. Schreiber found a 27% incidence of a TOF ratio <0.9 after surgery between 60 and 90 minutes long.5

A before-and-after audit by Bailard highlighted a drop in PORC from 62% to 3% of patients over a ten year period when a department improved quantitative neuromuscular monitoring of patients from 2% to 60% and the use of anti-cholinesterase reversal agents from 6% to 40% of patients.6 The dramatic fall in PORC incidence should not over-shadow the persistence of the problem (3.5%) even in the presence of quantitative monitoring and routine reversal.

Videira also showed that anesthetists considered the prevalence of residual block much higher in their colleague ‘s practices than their own. This illusory superiority (also called the above average effect) is a cognitive bias that leads us to overestimate the positive while underestimating our negative characteristics relative to others.7 It is likely a core reason why non-evidence-based NMBD management persists in our specialty.

Myth 2: PORC is not clinically significant

Anesthetists argue that even if common, PORC is not clinically significant. The evidence suggests otherwise.

Back in 1997 Berg identified a correlation between pancuronium, PORC and post-operative pulmonary complications during six days of post-op follow-up.8 Pancuronium-receiving patients with PORC (defined as TOFR < 0.7 in this study) suffered a three-times greater incidence of atelectasis, infiltrates and pneumonia than those without PORC – although there was no such increased incidence in those receiving atracurium or vecuronium.

Before we congratulate ourselves having moved away from pancuronium, more recent studies have focused on the intermediate NMBDs atracurium, vecuronium and rocuronium. Murphy showed that patients monitored by quantitative acceleromyography before extubation experienced less PORC, less desaturation below 90% (0% versus 21%) and less airway obstruction (0% versus 11%) during transport to the PACU.9,10

"The incidence, severity, and duration of hypoxemic events during the first 30 min of PACU admission were less in the acceleromyography group (all p < 0.0001)."

Lars Eriksson's research group in Stockholm has shown that at a TOFR <0.9 there is pharyngeal dysfunction and increased aspiration risk, in addition to a depression of hypoxic and hypercarbic ventilatory responses.11

Kumar et al. showed that forced vital capacity and peak expiratory flow were both 20% lower, relatively, in patients with PORC compared to those with TOFR > 0.9 (13% and 9% in absolute terms).14

There is evidence that PORC is not free of consequences, although most patients likely escape significant complication. 'Getting away with it' is however not reason enough to ignore the problem. Surgical patients worldwide are now older, less fit, more obese, suffering a longer list of comorbidities and undergoing more complex surgery than ever before – each factor making PORC less physiologically tolerable.

Although the intermediate NMBDs such as vecuronium, atracurium, rocuronium and cisatrucurium provide greater reliability and improved kinetics over their predecessors, the recovery from neuromuscular blockade is still notoriously unpredictable.

Debaene et al. investigated residual paralysis in the PACU after a single intubating dose of intermediate NMBD in the absence of reversal.15 They identified PORC (TOFR <0.9) in 45% of patients, with time since NMBD ranging from 30 to 400 minutes. In the subgroup of patients 2 hours after a single NMBD dose there was still a 37% incidence of PORC. Additionally there was very wide inter-patient variability, with PORC persisting more than 6 hours in three patients, and several patients with TOFR of only 0.2 after 2 hours. Other studies confirm the wide, unpredictable inter-patient variability of NMBD duration.16

It is naive to believe it is safe to not reverse NMBDs after an arbitrary period, especially in the absence of objective neuromuscular monitoring.

"...even after the administration of a single intubating dose of intermediate-acting muscle relaxant, quantitative assessment of TOF ratio is mandatory at the end of the surgical procedure to assess the presence or the absence of residual paralysis. At best, this measurement needs to be performed in the operating room rather than in the PACU to reverse the block before extubating."

In Videira's survey almost 70% of anesthetists did not believe antagonism was necessary if more than 60 minutes had passed after giving a NMBD. Videira rightly points out that this has little relevance when deciding whether pharmacological reversal is needed:

"Textbooks state that the duration of action of atracurium and rocuronium varies from 30 to 45 minutes. However – this concept expresses a return to a mechanomyographic response equivalent to 25% of the control value (T1/T0 ~ 25%) in single twitch stimuli that corresponds to an acceleromyographic T4/T1 (TOF) ratio of 0.1."

Anesthetists who appreciate the importance of reversing neuromuscular blockade often still have misplaced confidence in their ability to clinically assess neuromuscular function. Videira identified that in addition to the interval since last NMBD, anesthetists commonly used the adequacy of spontaneous minute ventilation as a decision heuristic for deciding on the need for reversal.

"The adequacy of the breathing pattern was also cited heavily – This visual cue may be erroneously interpreted as a sufficient sign for tracheal extubation, instead of a necessary one. This heuristic assesses function of the diaphragm, not of the upper airway muscles."

Other clinical tests of PORC are also inadequate, whether lifting limbs or opening eyes. The 5-second Head Lift Test and the Tongue Depressor Test, often used to detect PORC in the PACU are of limited use for detecting TOFR < 0.9, having sensitivities of only 11% and 13% and specificities of 87% and 90% respectively.15 The Head Lift Test cannot identify POCR with a TOFR > 0.5. Debaene ‘s study population demonstrated Positive and Negative Predictive Values of the Head Lift and Tongue Depressor Tests of only 53-58%!

Subjective, qualitative neuromuscular monitors fare no better: Tactile TOF Fade and Double Burst Stimulation (DBS) have similar sensitivities (11% and 13% respectively), although high specificities (99% each). This provides a good Positive Predictive Value (93% & 97%) but a very poor Negative Predictive Value (57% & 58%) (depending on the incidence of PORC).15

Neither clinical tests, clinical experience nor a visual or tactile train of four assessment will detect PORC with reliable accuracy. The weight of evidence asserts that objective quantitative neuromuscular monitoring be mandatory whenever a patient is paralysed.

Myth 5: Sugammadex will make PORC a problem of the past

The most recent interest in PORC has been stimulated by the appearance of sugammadex. The unique nature of sugammadex as a true reversal agent for aminosteroid NMBDs, such as rocuronium, offers hope that PORC may be avoidable altogether. This hope needs be tempered by one point:

The greater reliability, faster speed of onset and lesser inter-patient variability of sugammadex compared with the anticholinesterases may very likely reduce PORC incidence. Case reports of sugammadex ‘s use in neuromuscular disorders normally at high risk of residual paralysis are certainly very positive.17 However the existence of sugammadex is unlikely to dramatically change anaesthetist behaviour, and it is still too early to know the true impact of sugammadex on residual paralysis.

We need to look at our practice

Perhaps you are already a regular user of quantitative neuromuscular monitors – if so, great! But if like many you are not; or if you believe that good spontaneous minute volumes two hours after a single dose of atracurium mean that you don‘t need to reverse – then it may be beneficial to have a closer look at your neuromuscular practice.

I know I will.

Quality of Evidence
★ ★ ★ ★ ☆
High quality evidence somewhat hampered by the evolution of the definition of PORC and the progress of neuromuscular pharmaceuticals over the past 30 years. Most recent outcome evidence relies on surrogate markers of patient harm.

Overall Practice Changing Strength
★ ★ ★ ★ ☆
The weight of evidence strongly supports routine monitoring of neuromuscular function, with little risk yet likely significant benefit – especially for older patients or those with comorbidities.